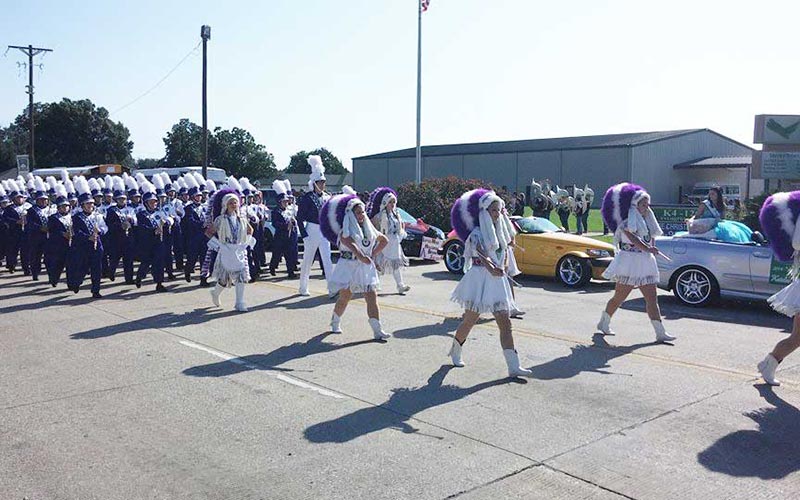 The Groves Pecan Festival Parade will be held Saturday, September 26th, beginning at 9:30 a.m. Lineup will begin at 8:30 a.m., entering at Terrell & Cleveland. The parade begins at 39th St. at Cleveland Ave. and heads west on 39th St., then travels down 39th St. to Gulf Ave. where the parade ends after making a right turn on Gulf Ave. Anyone wishing to participate in the parade should come by the Groves Chamber of Commerce office located at 4399 Main Ave., and pick up an instruction guide with the parade route and rules by Wednesday, September 23th. The Port Neches – Groves Indian Band to perform in this year’s  Festival parade.

If you have any questions or need further information, please call our Chamber office at 962-3631. Parade sponsor is Philpott Ford.